This is the season for nice long hikes in the mountains of Japan.

Japan is 70 percent mountainous. So any place you go, you can always find a nice place to take a little stroll.

I found this site which was very helpful. 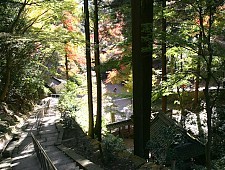 Season: Year Round
Difficulty:Medium
Daigojiis an important temple in southeasternKyoto. The main temple complex lies at the base of a mountain, while the original temple grounds can be found near the summit and are reachable by a steep mountain trail through the forest. Those who separate themselves from the crowds and make the climb are rewarded by wooden halls set along the quiet, forested mountainside and panoramic views. 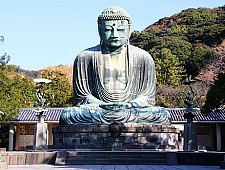 Season: Year Round (Best in Spring and Autumn)
Difficulty:Easy
Kamakurais another popular destination nearTokyofor people seeking culture. A network ofhiking trailsis hidden in the forested hills above the city’s famous temples and shrines, and can be used as an attractive, alternative way to walk between some of the city’s sights. The trails can be slippery after rainfall. 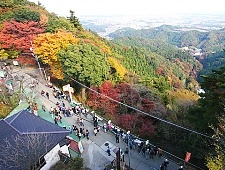 Season: Year Round (Best in Spring and Autumn)
Difficulty:EasytoMedium
Less than an hour from centralTokyo,Mount Takaois one of the closest nature spots to the city. Various trails lead up the mountain and beyond. The main trail is paved and passes through the Yakuoin temple grounds before reaching the summit which offers views ofMount Fujion clear days. Mount Takao can be crowded, especially on weekends. 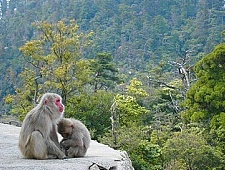 Season: Summer
Difficulty:EasytoMedium
Miyajima, in addition to being an immensely popular tourist destination, is also a nice hiking destination with several hiking trails leading up to the summit ofMount Misenat the center of the island. The trails offer nice views out over theSeto Inland Sea, and the occasional glimpse of wild monkeys and deer along the paths. 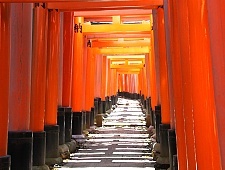 Season: Year Round
Difficulty:Easy
Fushimi Inari Shrineis an important Shinto shrine in the south ofKyoto City. The shrine features thousands of vermilliontorii gatesthat form tunnels along the network of trails leading from the shrine’s main buildings to the top of the sacred mountain behind. 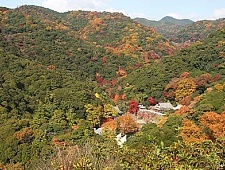 Season: Spring, Summer and Autumn
Difficulty:EasytoDifficult
Mount Nasudakeis an activevolcanoin northernTochigi Prefecture. The mountain is a popular hiking destination, with a ropeway and trail to the summit, and a variety of other trails and pedestrian suspension bridges further down the mountain. Casual hikers may want to check out Heisei no Mori, a forested park that used to be an Imperial Villa and summer retreat of theimperial family. 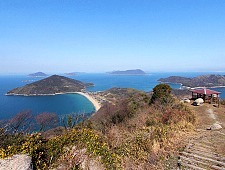 Season: Year Round
Difficulty:Medium
Awashimais a star shaped island just off the coast of westernKagawa Prefecture. There is a nice climb up to the Jonoyama Viewpoint from where you can look out over the island’s small, nostalgic port town and take in beautiful panoramas of theSeto Inland Sea.