Hello,
Second week of real winter here in Japan. And also our second week talking about Nabe!
Last week we talked about Chanko and sukiyaki and Oden. This week we’ll take a look at some other types of Nabe.
Here is the great site about Nabe,
https://savorjapan.com/contents/discover-oishii-japan/the-complete-guide-to-nabe-a-staple-japanese-winter-food/ 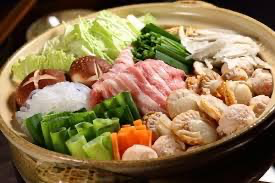 Here is what they say about Yose Nabe.
Yose nabe is one of the most popular nabe dishes you can make at home. Fill the pot with dashi, add your favorite seasonings, and stew all the ingredients you like. There are no specific rules regarding the seasonings and the ingredients you can use, so every region and household has its own unique recipe. Most people make a dashi with ingredients like kombu, then add chicken, pork, or mushrooms to deepen the flavor of the soup. Lastly, they add in all the other ingredients in order of cooking time, from root crops and tofu, which take longer to cook, to leafy vegetables that will be ready in no time. You can season it with salt, soy sauce, sake, miso, or anything else you like. When everything is cooked, it’s ready to be served. As a matter of principle, you shouldn’t combine meat and fish, because it’ll taste better if you only pick one. The soup will keep the flavor of all the ingredients you used, so when you’re done eating all the ingredients, add rice or udon, mix in some egg and let it steam with the remaining heat, and you’ve got a perfect way to finish off the meal! 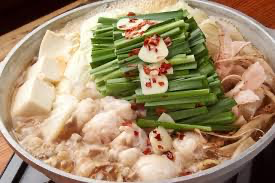 Another popular one is Motsu Nabe. Nabe using meet offal. Yea it is very popular here. Here is what they say about Motsu Nabe.
Motsu nabe is basically a stew of beef or pork motsu (offal). Believed to originate from Fukuoka, the unique texture and strong flavor of offal made it popular all over the country. Usually, it’s prepared by putting prepped offal, cabbage, garlic, and chili peppers in a dashi obtained from kombu and katsuobushi. If you want to keep the flavor light, you can season it with soy sauce, but if you prefer something richer, go for miso. The addition of garlic completely removes the smell of offal and adds more flavor at the same time, making it go very well with alcoholic drinks. The most recommended way to finish the soup is to add champon noodles, which go very well with the soup. 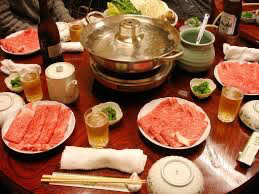 And here is another great Nabe that is a little different. SabuShabu. You don’t cook the meat in the nabe, you swish it into the pot and take it out,
Here is what they say about Shabu Shabu
What is shabu-shabu? Simply put, this mysteriously-named dish is a popular style of nabemono, or Japanese hot pot, featuring paper-thin slices of tender meat and fresh vegetables cooked together in a large open pot. Unlike other types of hot pot, where the ingredients are cooked together before serving, shabu-shabu ingredients are served raw and cooked tableside during the meal, similar to fondue.
Check out their page for some great information.
.
https://savorjapan.com/contents/discover-oishii-japan/the-complete-guide-to-nabe-a-staple-japanese-winter-food/
See you next week.